Partial buyouts: Have your cake and eat it, too

We are all somewhat familiar with the concept of full acquisitions whereby 100% ownership transitions from one party (the seller) to another (the buyer) in exchange for cash and equivalents. This is also known as a “clean break” allowing the founder to move on to new projects, or retire, but an acquisition can take many forms depending on the terms of the deal.

It may be that the acquirer wants the owner(s) to stay on to have their earnings paid out gradually over time and thus be conditioned upon their continued stay with the company for a certain period. Of course, when founders seek to exit their company on the private market, it is commonly driven by a desire to move on and cash out their chips so-to-speak.

But if you are a business owner that loves running your business but want to liquidate some of its value today without foregoing all of the future value in the business, you can get freedom in your personal finances whilst staying on as a majority or minority shareholder.

This is made possible by taking some money off the table and onboarding new active shareholders.

After running a business for years on end, it’s not uncommon for founders to start to feel a longing for change. The prospect of selling the entire business can seem bittersweet if you have a good business on your hands with future growth potential. That’s where majority buyouts can prove advantageous to those seeking to take a step back while staying invested in the future upside.

Selling a majority stake typically means handing over the reigns to someone looking to helm the business. The acquirer will either operate it themselves or hire someone to do the job of CEO, which allows founders with a minority stake to take on a new role.

The vast majority of SaaS founders like building product features more than they enjoy administering a business. That’s why many choose to transition to CTO after passing on the controlling interest to a buyer. This would often entail selling a majority stake e.g. via a majority recapitalisation.

Depending on the type of business and needs of the acquirer, another option for founders selling a majority stake is to simply move on to new projects while staying available for support if requested. There is always a transition period anyway.

Whichever way a majority buyout happens, founders reap the benefit of “double dipping”. This means having your cake and eating it, too. How? By eating a big piece now and not the whole cake, waiting to sell the last slice will allow the pie to grow in the meantime thus potentially making the liquidity event larger than had it been a full all-in-one-go acquisition.

This path is for business owners who wish to continue growing their business but need/prefer some freedom from more liquidity in their personal finances. There are many examples of founders of bootstrapped businesses who did secondaries to hedge their bet and take some money off the table.

Most profitable businesses with a good product-market fit and a strong moat, lock-in effect or loyal customer base don’t need to take venture capital but are tricked into doing so anyway. This is because it can be hard to find the right type of investor that wants to buy a piece in a secondary transaction where the money goes to the founder rather than into the business.

That’s what BitsForDigits solves by offering a secondary marketplace and bulletin board connecting acquirers with owners of profitable businesses. Historically there simply hasn’t been a platform dedicated to these negotiations.

There are countless acquirers on the buy-side looking to apply their operational expertise and advice through minority acquisitions. Many of these are strategic investors in the form of incumbent enterprises looking to buy into competitors or complimentary providers of adjacent industries. These often result in mergers down the line.

Other types of buyers include Micro Private Equity firms and angels seeking dividend returns rather than equity appreciation alone. Also holding companies and family offices will seek to make investments via secondaries as a lever to access otherwise inaccessible business verticals where they have subject matter expertise.

There are scenarios where a business owner will want to sell a portion of ownership in the company to someone interested in taking an active role as a business partner. The most common case is an existing co-founder/owner, who for one reason or another is looking to exit the company while the rest stay on.

Selling that person’s stake makes sense when the remaining co-founder(s) don’t want to exit themselves and don’t have the capital on hand to buy them out. That’s when they need to find another business partner to take on the role and responsibilities of the departing team member.

Of course, onboarding a new active business partner requires a fit with the existing member(s) in terms of skill set, ambition and chemistry, but a lot of experienced buyers can be found this way who may be able to take the business to another level.

The benefits of buying into an existing business are manifold including foregoing the risk and labour of building something from nothing to instead join a more defined business in need of more hands. This offers an alternative to the traditional binary constellation of either working for an employer or starting a company from scratch.

Another scenario is for one-man business owners, also known as solopreneurs, who wish to share the burden in return for sharing the proceeds by onboarding a new business partner. This could be viewed as an alternative to hiring as well as a means to increase liquid personal assets. This would typically take the form of selling a minority stake of one’s ownership to share in the control of the venture.

Doing so also de-risks the potential liability of owning a business and can make the experience of being self-employed much more fulfilling doing it with someone rather than going by it alone. Screening buyers suddenly becomes about more than just pricing and terms of the deal as the seller looks for a specific profile to help expand or manage aspects of the business. 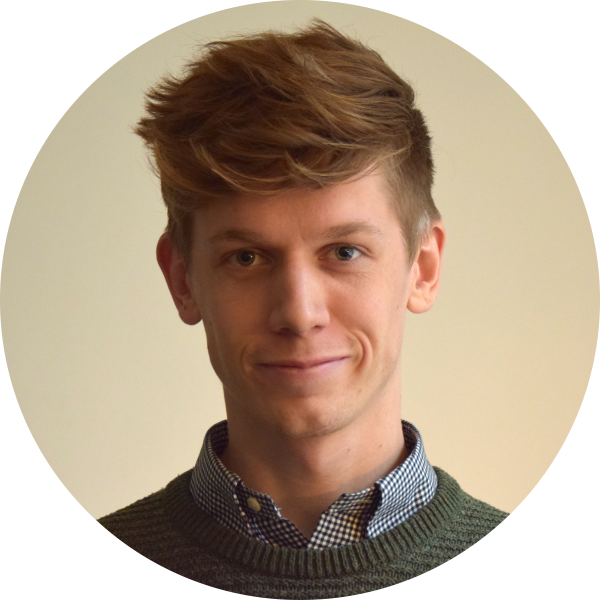 Laurits is the co-founder of BitsForDigits. He has extensive experience in the world of startups, tech and finance. Before building a micro private equity marketplace, he worked for BlackRock and Rocket Internet.